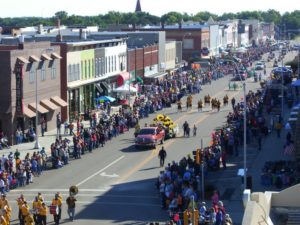 Who can tell me what is our next Midwest Regional Agency “Our Hometown” based on the new cover photo?
That is correct, it is Concordia Kansas!
In September of 1870, a U.S. Land Office was established in Concordia, and on January 16, 1871, it opened for business. At once Concordia became a boom town. On January 30, 1871, a plat of Concordia was filed with the register of deeds. On August 7, 1872, Concordia became an incorporated town. After much controversy, the land in section 4 was determined to be a Town Site held in trust by Concordia’s mayor for the actual settlers on the land.
Today, Concordia is a beautiful, modern city in the Republican River Valley among the rolling hills of north central Kansas, a city of proud and happy people. Its population as of the 2010 census is 5,395 The town has long enjoyed steady progress.
Concordia is home to many historic homes and buildings, and is the home of the national Orphan Train complex, housed in the restored historic Union Pacific Railroad Depot. The complex currently houses a museum and research center dedicated to the preservation of the stories and artifacts of those who were part of the Orphan Train Movement from 1854-1929.
Concordia and Cloud County Kansas are also home to our agent Jeff Kindel! Jeff has been part of the MRA team for 11 years serving the community and area residents, businesses, and farms/ranches. Jeff is located at 822 Washington, near the Cloud County courthouse. He can be reached by phone at 785-243-1571. Or better yet, stop on by and visit with Jeff about all of your Insurance needs!
We are proud to call Concordia Kansas our most recent “Our Hometown” in the MRA “Our Hometown” series 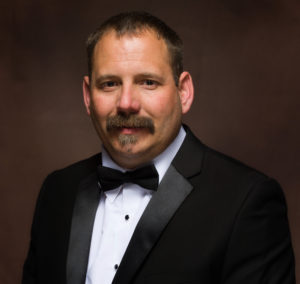