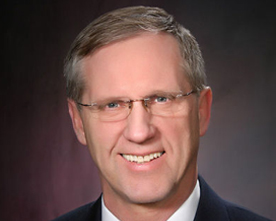 National Farmers Union (NFU) President Roger Johnson spoke today at a briefing at the U.S. House of Representatives on the importance of the Renewable Fuel Standard (RFS). The briefing was hosted by Fuels America in cooperation with Reps. Bruce Braley, D-Iowa, and Lee Terry, R-Neb.

“It is crucial that Congress not change the RFS and for the Environmental Protection Agency (EPA) to improve the 2014 RFS targets in order to provide certainty for farmers and the ethanol industry,” said Johnson.

“EPA was originally going to finalize its 2014 Renewable Volume Obligation in June, but is now moving the date until September,” Johnson continued. “NFU has strongly encouraged EPA to fix its flawed proposal. EPA needs to begin to align itself with rural America. It will be difficult to build trust in the countryside if EPA does not greatly improve the 2014 RFS targets.”

“The RFS drives economic growth in rural America and supports around 300,000 direct jobs nationwide,” said Johnson. “A stable RFS will help to develop the next generation of biofuels and provide new market opportunities for farmers, while simultaneously providing significant climate, environmental and national security benefits.”