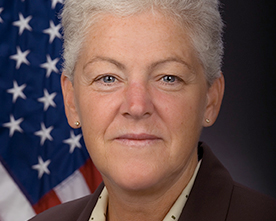 In a letter sent today to U.S. Environmental Protection Agency (EPA) Administrator Gina McCarthy, National Farmers Union President Roger Johnson asked for more information about which bodies of water would be deemed jurisdictional under the proposed Waters of the United States (WOTUS) rule.

The letter was a follow-up to a conference call held this week between the Administrator and members of the NFU board of directors, which consists of Farmers Union state and regional presidents.

“During our call, a number of questions were raised by NFU board members,” Johnson wrote. “The board asked for clarity surrounding some of the definitions in the proposed rule. The general sense was that the proposed rule has created less clarity, not more as intended.”

Johnson acknowledged that it is not always possible for EPA to make definitive determinations for all bodies of water at this point, but stressed that more information must be made available to rural America to alleviate confusion and resentment. Johnson also mentioned that EPA’s reputation was damaged in farm country with the proposed reductions in the Renewable Fuel Standard, which likely led to a more negative reaction to the WOTUS proposed rule.

In the letter, NFU asked EPA to provide a map with estimates of which bodies of water will be considered jurisdictional to EPA’s regulation. Questions were also posed about wetlands in the Prairie Pothole region, coordination with state agencies and the treatment of unconnected bodies of water that are seasonal.

During the conference call, NFU thanked the EPA for listening to the concerns of farmers and ranchers and for its efforts to educate and clear up misinformation about WOTUS. NFU is currently preparing formal comments about the proposed rule and hopes to have answers from EPA soon to ensure its comments are as informed as possible.