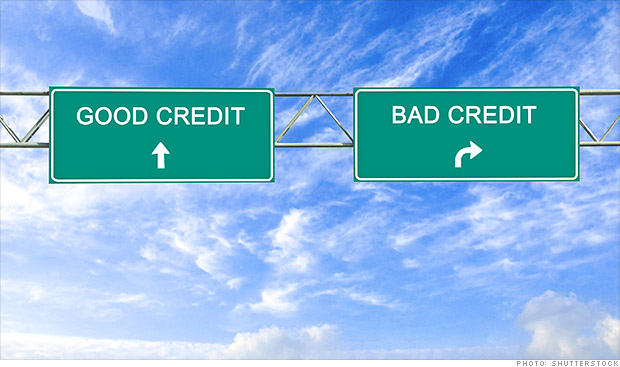 Drivers with poor credit scores are paying almost twice as much for car insurance as those with excellent credit, a recent report found.

Based on data from six large insurers from across the United States, InsuranceQuotes.com found that drivers with poor credit pay as much as 91% more than people with top credit scores.

And drivers with median credit scores were found to pay 24% more, the report found.

Insurers assess drivers using a special scoring model that is different than the one mortgage lender use. Instead of looking at your ability to repay a debt, this score aims to predict your likelihood of incurring future insurance losses, explained Laura Adams, an analyst at InsuranceQuotes.com.

Like regular credit scores, the insurance score is based on reports from credit bureaus and still takes into account things like late payments, outstanding debt, bankruptcies and new applications for credit.

“About 40% of every consumer’s bottom line score will be driven primarily by whether or not you paid your credit obligations on time,” said Larmont Boyd of Fair Issac Corporation says on credit-based insurance rates.

“Responsible habits, such as paying your bills on time and minimizing debt, pay off in many ways, including paying less for car insurance,” said Adams.

Basing car insurance rates off of credit scores is a controversial practice. Opponents say credit-based insurance rates are unfair because they largely and negatively affect low-income drivers. However, supporters say the scores benefit those with good credit.

A 2005 report from the Government Accountability Office found that a majority of Americans did not know their credit score could impact their insurance rates.

InsuranceQuotes.com adds that 97% of insurance companies have been referring to credit-based insurance scores for more than a decade.

Credit scores are one of many factors that insurers use to determine a driver’s premiums. Other variables include age, gender, driving records and past insurance claims.